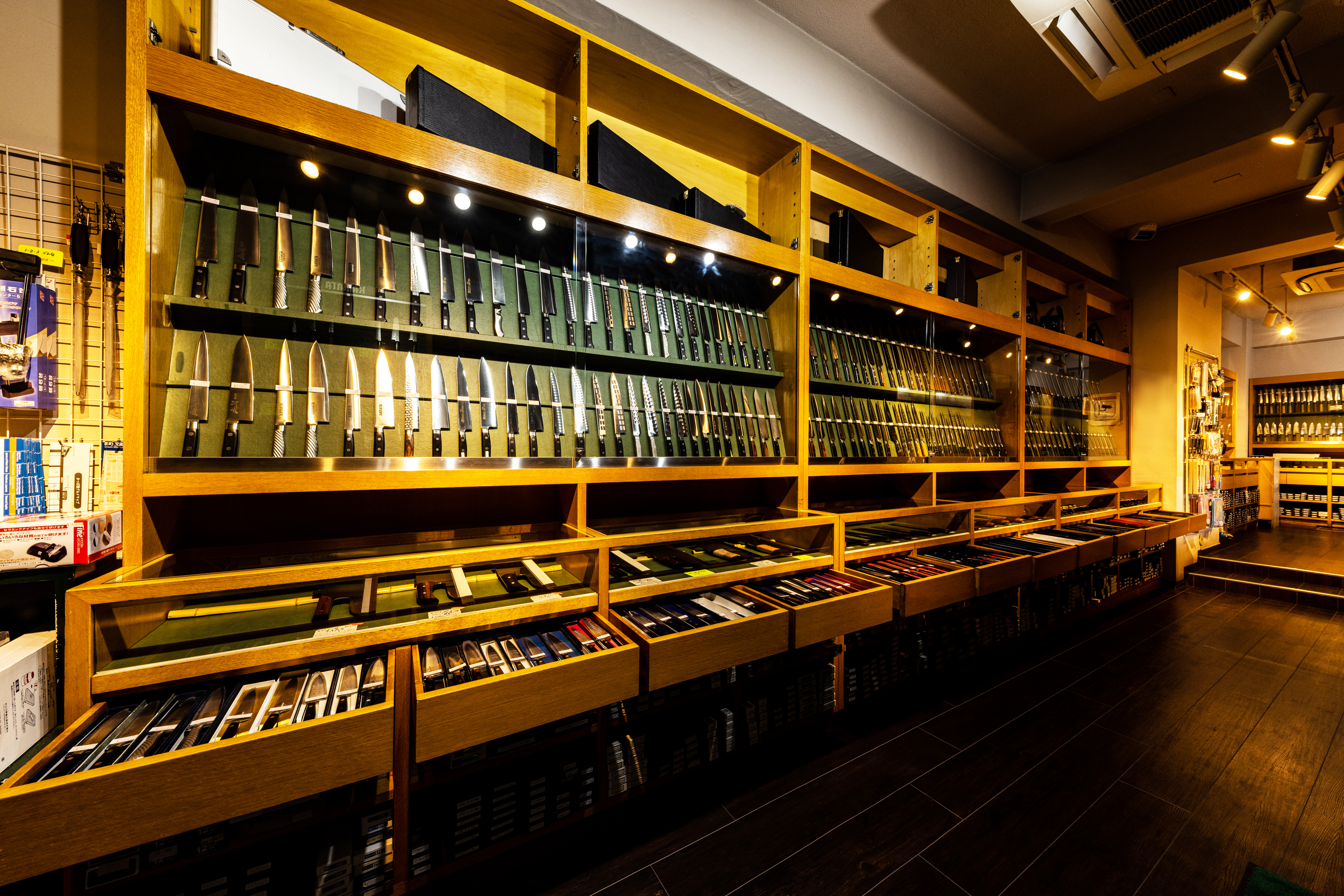 These blades are trusted by chefs and dedicated gourmets worldwide, thanks to stringent quality checks and a 100-percent satisfaction guarantee. All of Kamata Hakensha's original knives are designed by the owner, created by skilled craftsmen, and individually edged.

Please feel free to contact me
If you have any questions.

May 2004, Matsugaya in the Kappabashi Tool District moved to 2-chome.

August 2007, We started a sharpening class as part of a TBS Radio Cultural Circle Program. This was temporarily-suspended before it was re-convened as our own program. Starting August 2012, A Zwilling Sharpening Class was held at PKC Tokyo. Starting May 2017, it was held every other month at the cooking studio on the 2nd floor of the Henkels Yokohama Motomachi store.

April 2010, Haruichi's eldest son, Yosuke, joined the company.
After learning the basics of polishing in-house, he was sent to work at a subcontracted manufacturing company in Sakai City, Osaka Prefecture, which is the largest producer of Japanese kitchen knives. In February 2012, he was recognized for his talent by Mr. Masazo Mizuyama, who is a friend of the previous president and is called the "last true hocho sharpener," and Mr. Mizuyama has been working to pass on his talents to him.

March 2011, In order to support the reconstruction of the areas affected by the Great East Japan Earthquake, we started a polishing speed service for those who were willing to make a donation, and released the R45 series, from which 10% of sales were donated to the cause.

September 2011, the 88th series was released to commemorate the 88th anniversary of the company's founding.

July 2012, in commemoration of the 100th anniversary of the founding of Kappabashi Tool Street, a limited run of 100 knives of the high-end models of the 88th series, which developed into the upcoming 90th series, were released.